This site provides online library tours, research tutorials, and instructions on how to find resources on various topics.

Use Primo to find books, journal titles, videos, audios, government documents, and other items owned by our libraries.

Use databases and indexes to find articles.

A peer-reviewed journal dedicating to the promotion of scholarly research on the peoples and cultures of Asia. It began in China as Folklore Studies in 1942 and is now published semi-annually at Nanzan University in Japan.

A biannual journal publishing articles on any and all aspects of Asia, past and present, and including translations, poetry, prose, and pedagogy.

This journal is dedicated to public education about the history and cultures of Eurasia, especially in pre-modern times.

Asia Major, Third Series (issued semi-annually), is a continuation of Asia Major, New Series, published in England from 1949 to 1975. It covers all periods of Chinese history, literature, ideas, and culture in general. Included are the histories and cultures of other East and Central Asian peoples in their relations with China.

This journal provides a platform for Chinese media research, and serve as a bridge between media research done in China and in other parts of the global community.

Journal of the International Association of Tibetan Studies

An online, scholarly, peer-reviewed journal, as well as an official publication of the International Association of Tibetan Studies (IATS), which convenes the world’s major conference for Tibetan Studies.

SJS is a journal devoted to studies of China and Japan together, irrespective of discipline or time period.

This publication provides reviews of scholarly books on women and gender issues of modern and pre-modern China, Taiwan, Hong Kong and Chinese communities outside China.

This journal focuses on the geopolitics, economics, history, society, culture, international relations and forces for change in the modern and contemporary Asia-Pacific. It also offers translations from Japanese, Chinese, Korean and other languages.

It was published from 1960 to 1970 by the International Institute for the Study of Religions in Tokyo. Four years later, in 1974, it was revived as the Japanese Journal of Religious Studies.

A semi-annual journal dedicated to the academic study of Japanese religions. First published in 1960 as Contemporary Religions in Japan.

This journal is a publication of the Early Modern Japan Network (EMJNet), an interdisciplinary, international community of specialists of early modern Japan (ca. late 16th to late 19th century).

an international academic journal in the Social Sciences and Humanities that publishes research and scholarly writing on all issues related to contemporary Japan.

This quarterly journal aims to globally promote all facets of Korean studies. Its focus includes traditional Korean culture, as well as intellectual dialogue and exchange between domestic and foreign scholars in the field of Korean Studies. 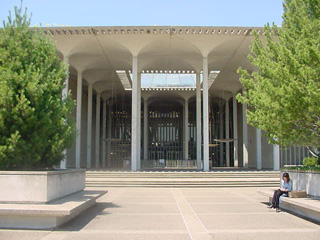